Now that we're in the intermediate room, Kayla has to go to radiology for her x-rays.  She enjoyed traveling in a wagon. 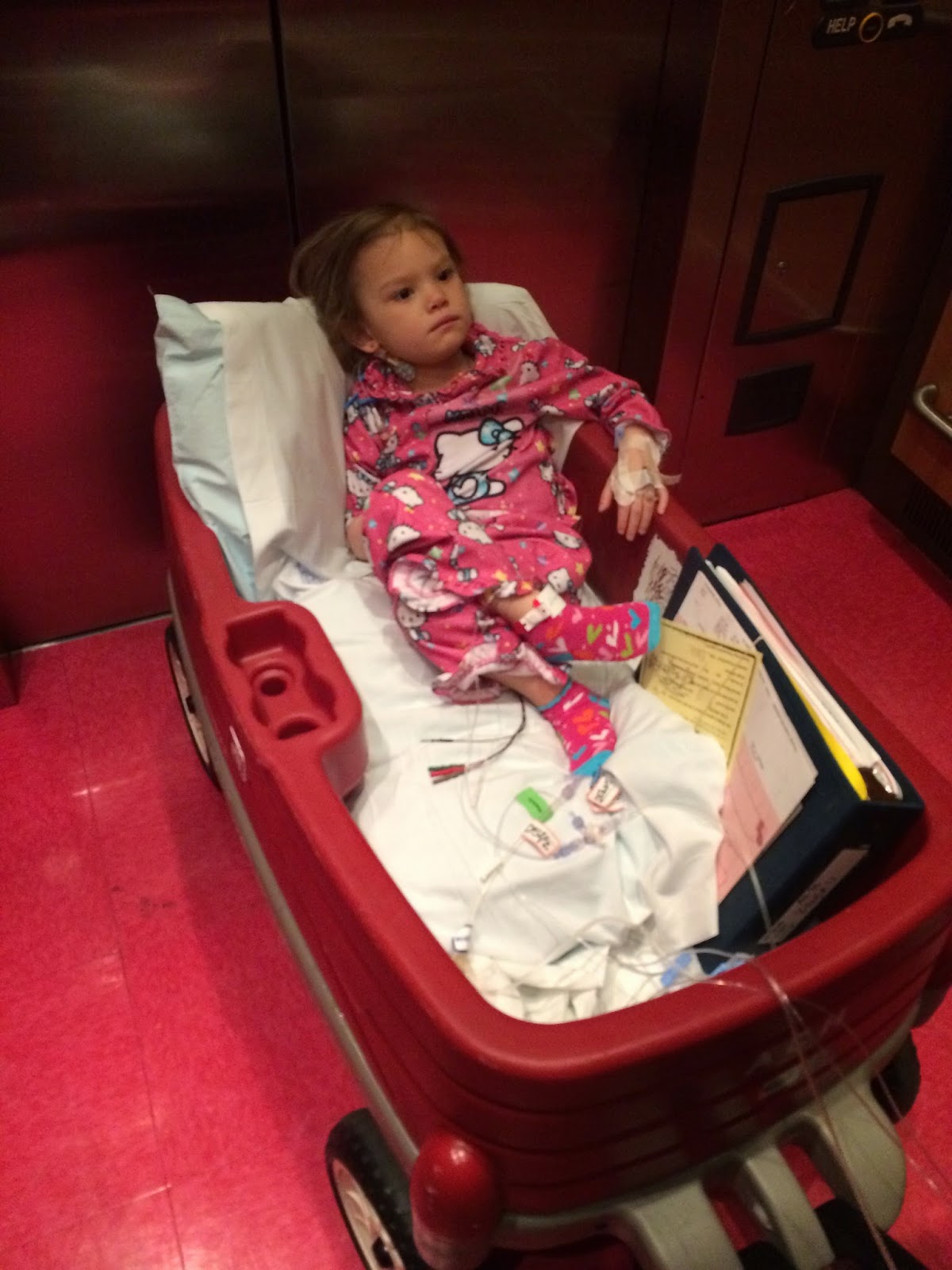 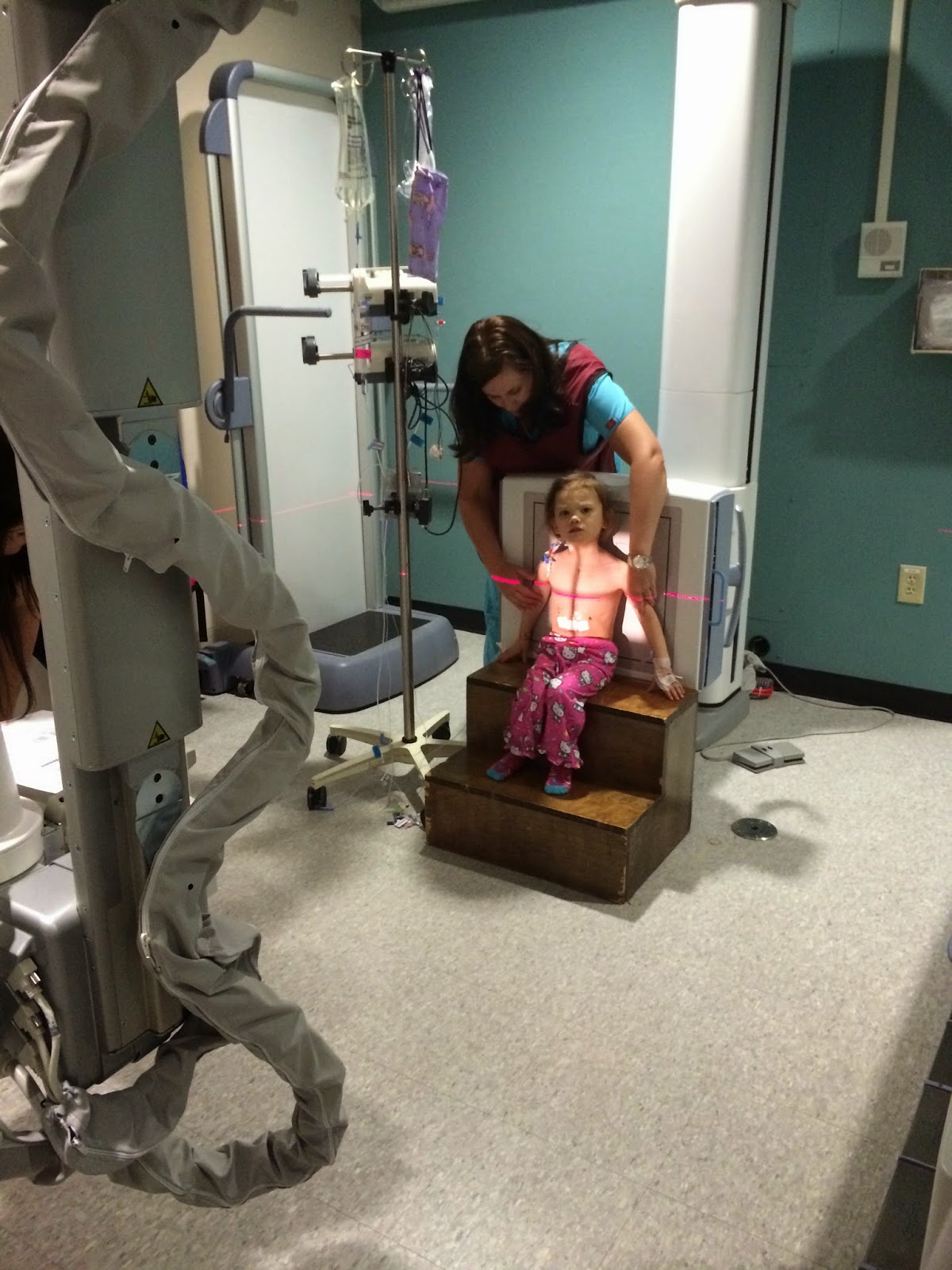 Kayla getting her x-ray.  The doctors said it looked good. 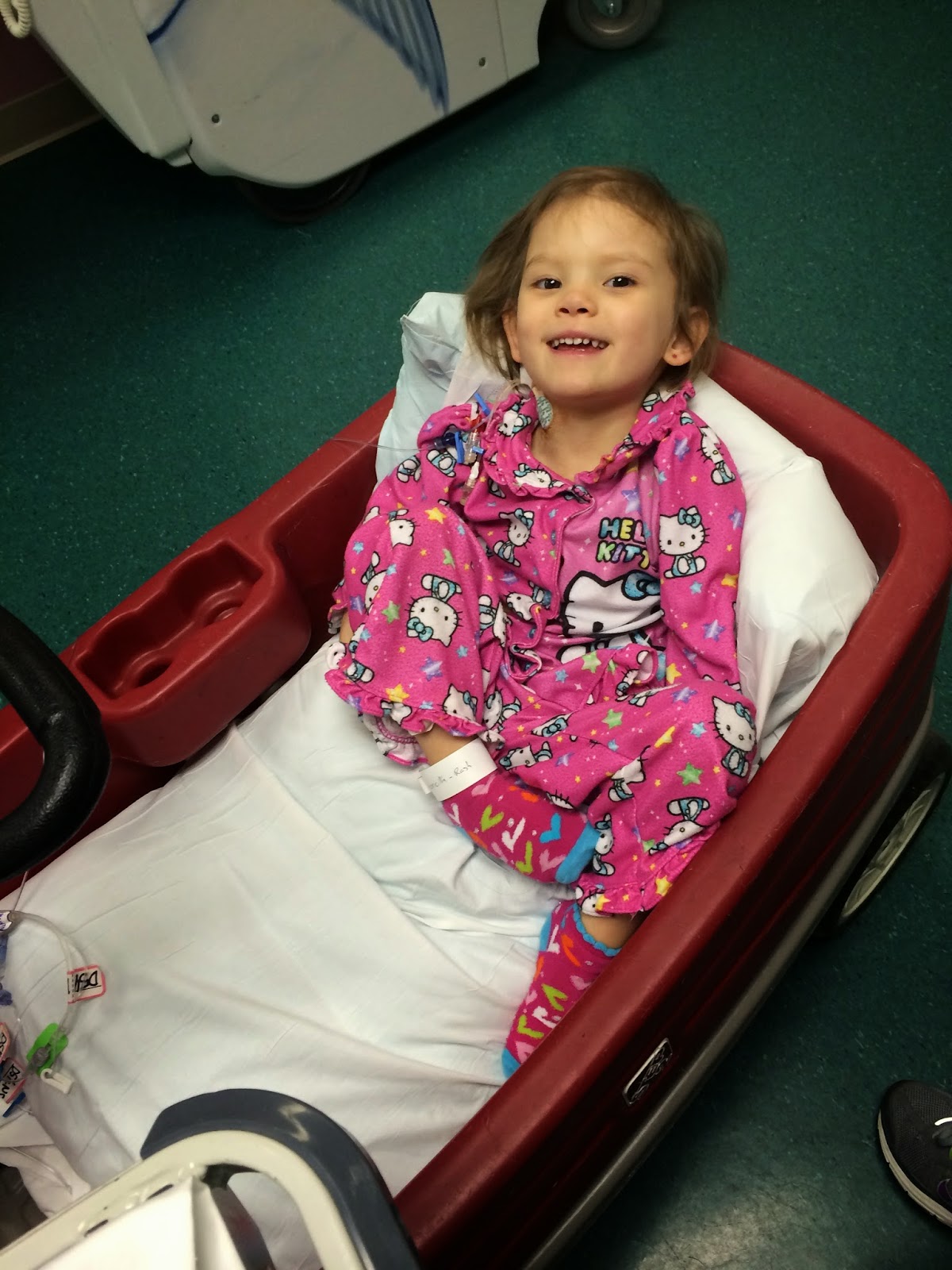 We even got Kayla to smile.  Smiles are coming easier today.  I think we've finally got her back today.  She is her normal chatty self. 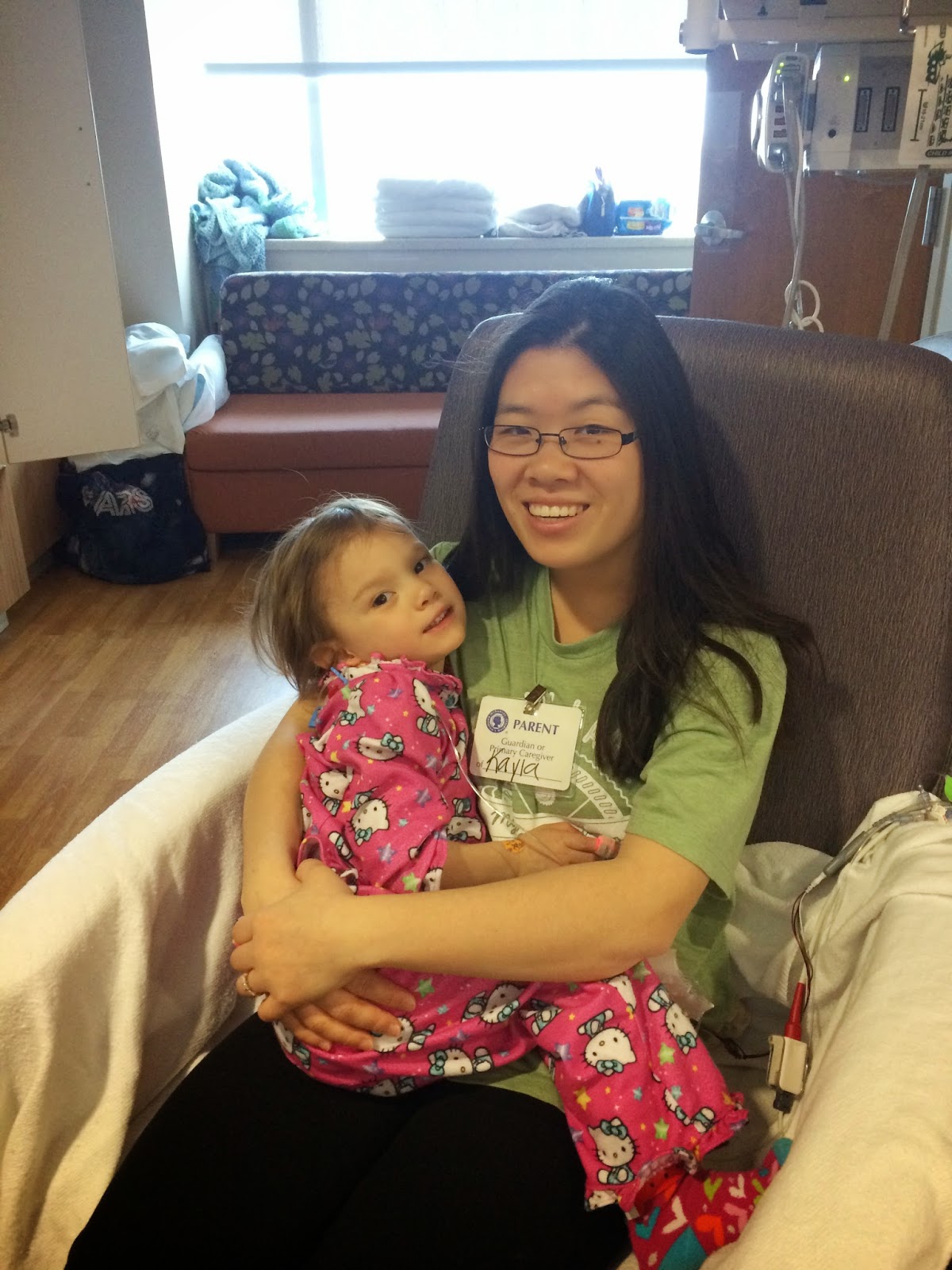 She even let me hold her today.  I missed having her in my arms so much!  She is such a sweetie pie. 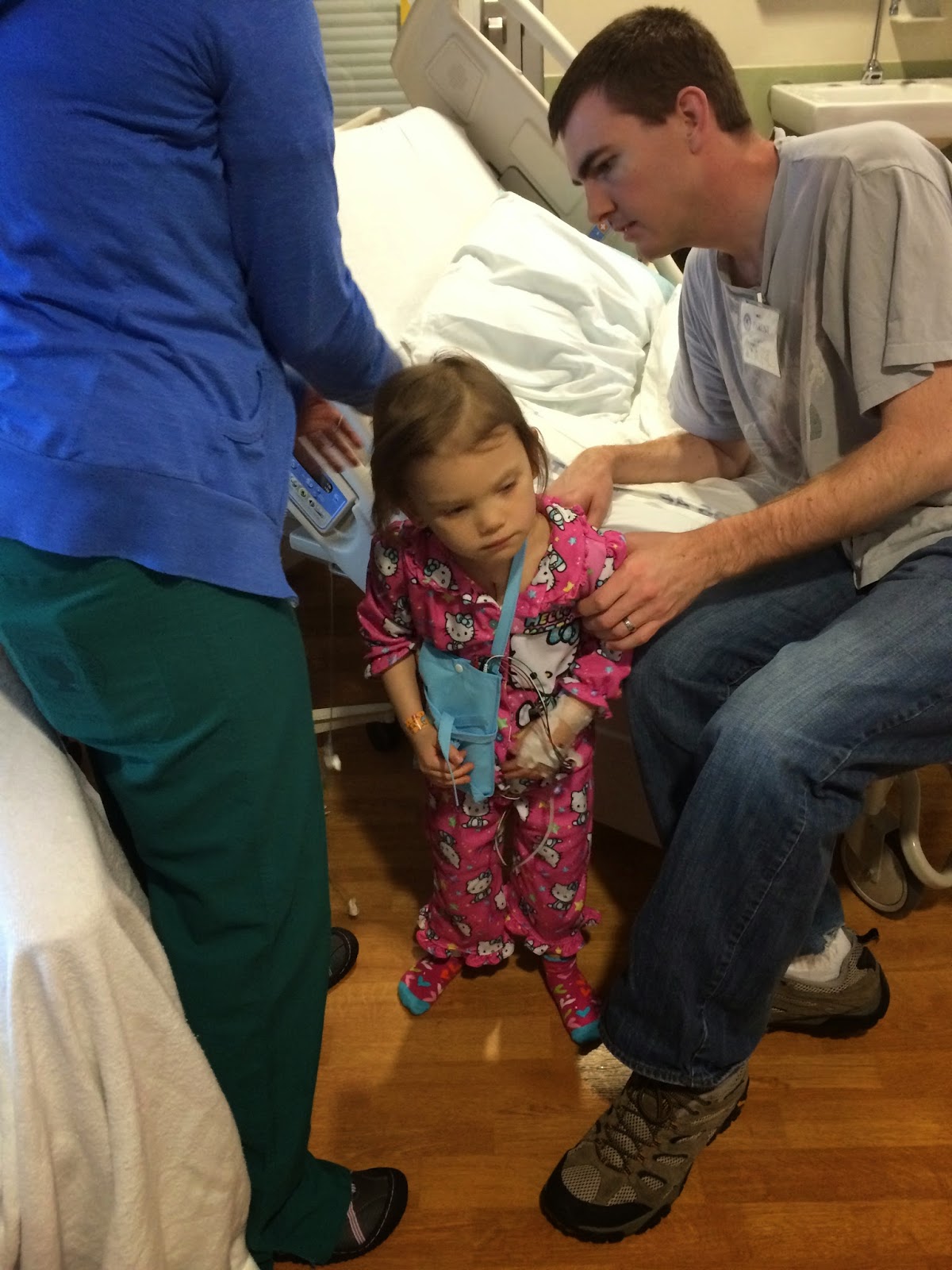 The nurse gave her a little purse to hold the box that is connected to her leads.  She went for a walk to the playroom. 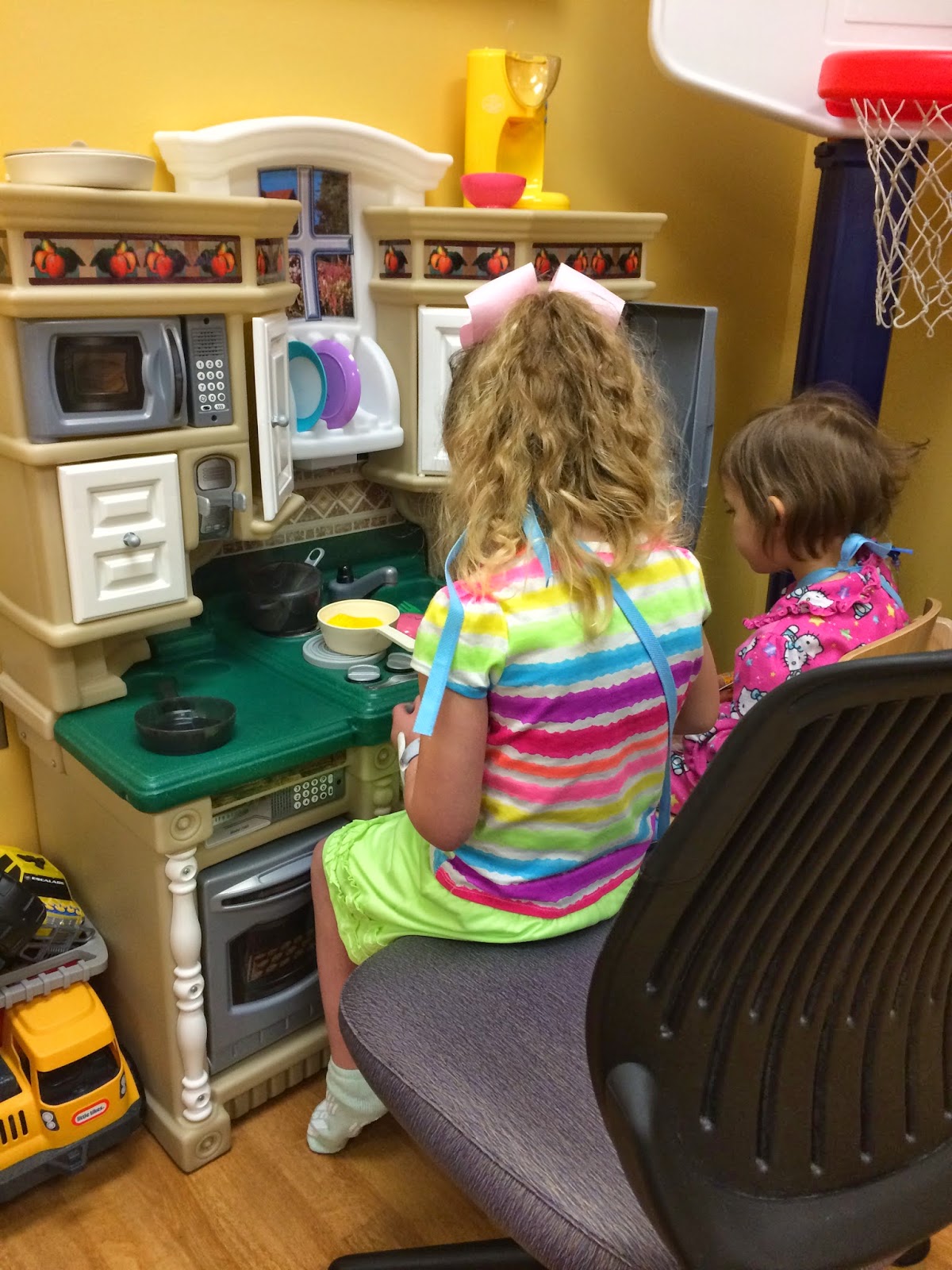 Kayla was excited to see another little girl in there.  They colored together and played with the kitchen.


Kayla wanted a big bow in her hair because the other girl had one, so I found her a big flower one.  Here's a video of her today that shows her mood.  She's pretty happy, but keeps rubbing her chest because her scar is very itchy.  I tell her not to rub it.  If she scratches it, it could become infected.  That would cause the doctors to need to open her open again to drain it.  We definitely don't want to be here any longer than we need to be.

Overall, she is doing better.  Her afternoon walk was good.  However, we were barely able to get her to do her walk at night.  She had just woken from nap and was not in the mood.  When we did get her to the playroom, she cried and complained that her tummy and back hurt.  She walks a little hunched over.

She is eating better.  We are slowly reducing her medications which helps a lot.  I think she's starting to love the room service.  She enjoys choosing her meals.  For breakfast she wanted oatmeal, toast, fruit cup and chocolate milk. She had a few spoons of oatmeal and ate all of the honey dew and cantaloupe that came in the fruit cup.  For lunch she had baked fished sticks, baked chips, apple slice, and some carrot & celery sticks.  For dinner she had 1/4 of cheese hamburger, leftover baked chips, and some cantaloupe.  She kept most of it in.

She is on a very strict heart healthy diet for at least the first 3 months after surgery.  This mostly means only eat foods that are low in fat.  We have to switch to skim milk and can't eat fried foods.  We'll also have to monitor her liquid intake carefully.  She can't have more than 900 ml of liquids.  This isn't really a problem for now since she's so small, but as she gets older it'll probably be more difficult.
Posted by Phoebe at 11:30 PM