Kayla had her cardiac catheterization procedure last week at the Arkansas Children's Hospital.  We were scheduled to be there at 5:30am, so we stayed the night before in Little Rock. 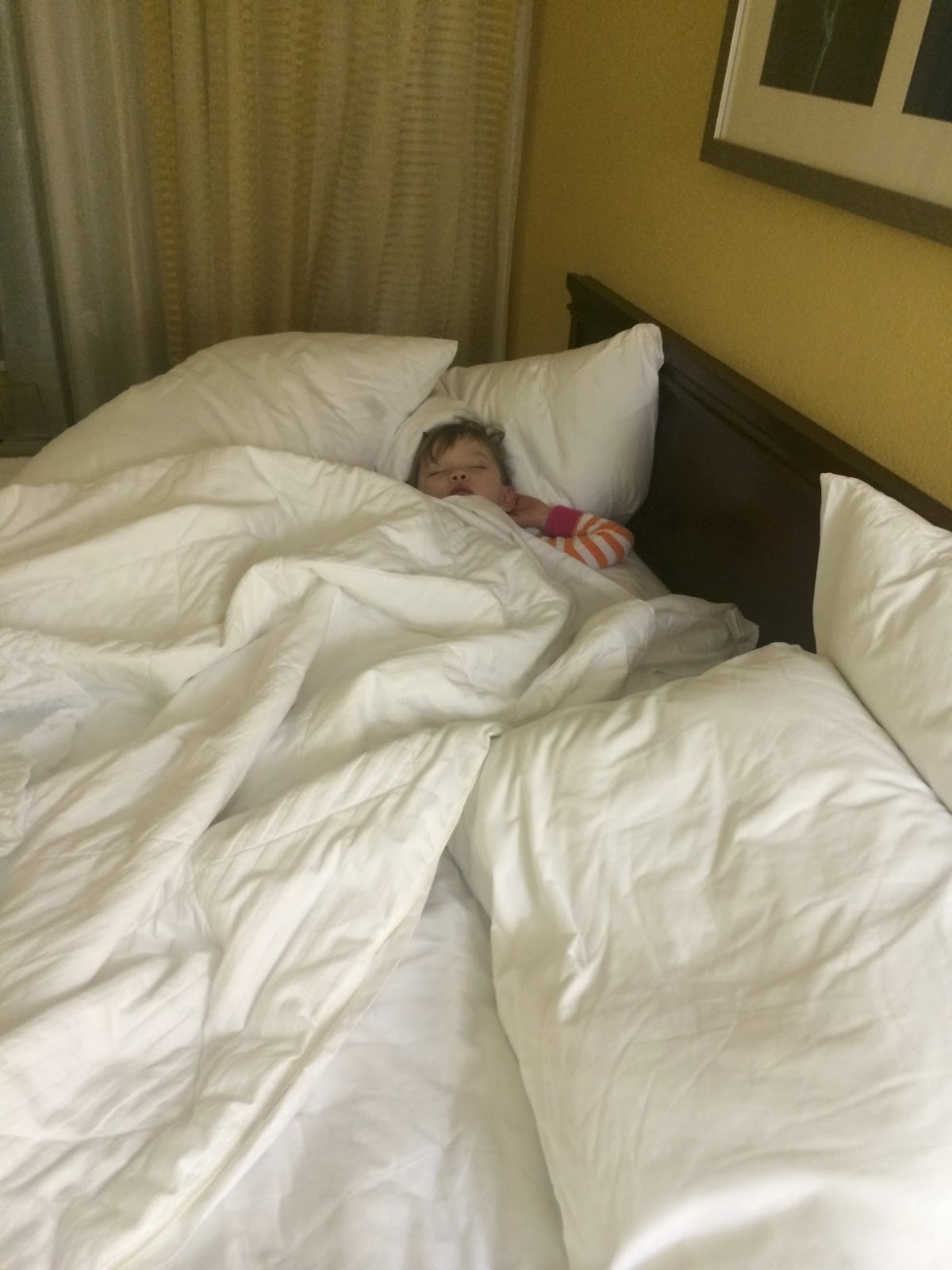 Kayla has become quite the little mover while she sleeps.  When she was a little baby, she used to be so sweet to snuggle with.  Now she moves all over the bed and sleeps sideways and would probably fall off the bed if she didn't sleep between Chris and I. 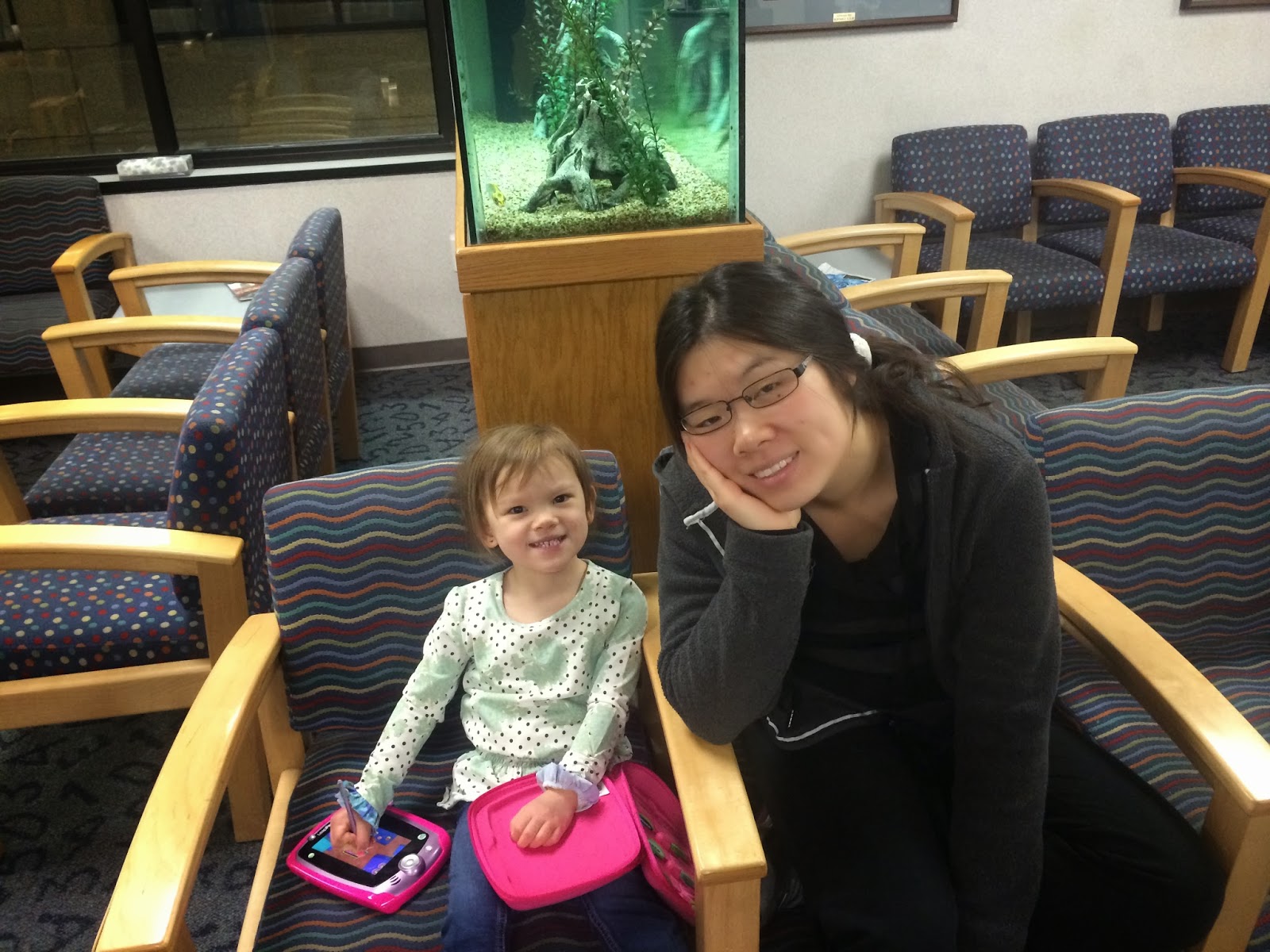 When we got there, there was only one other person in the waiting area.  We entertained Kayla with her leap pad.  Do I look tired from no sleep?  We're glad it was scheduled early.  That made it easier to not feed her before the procedure and we got home at a decent time. 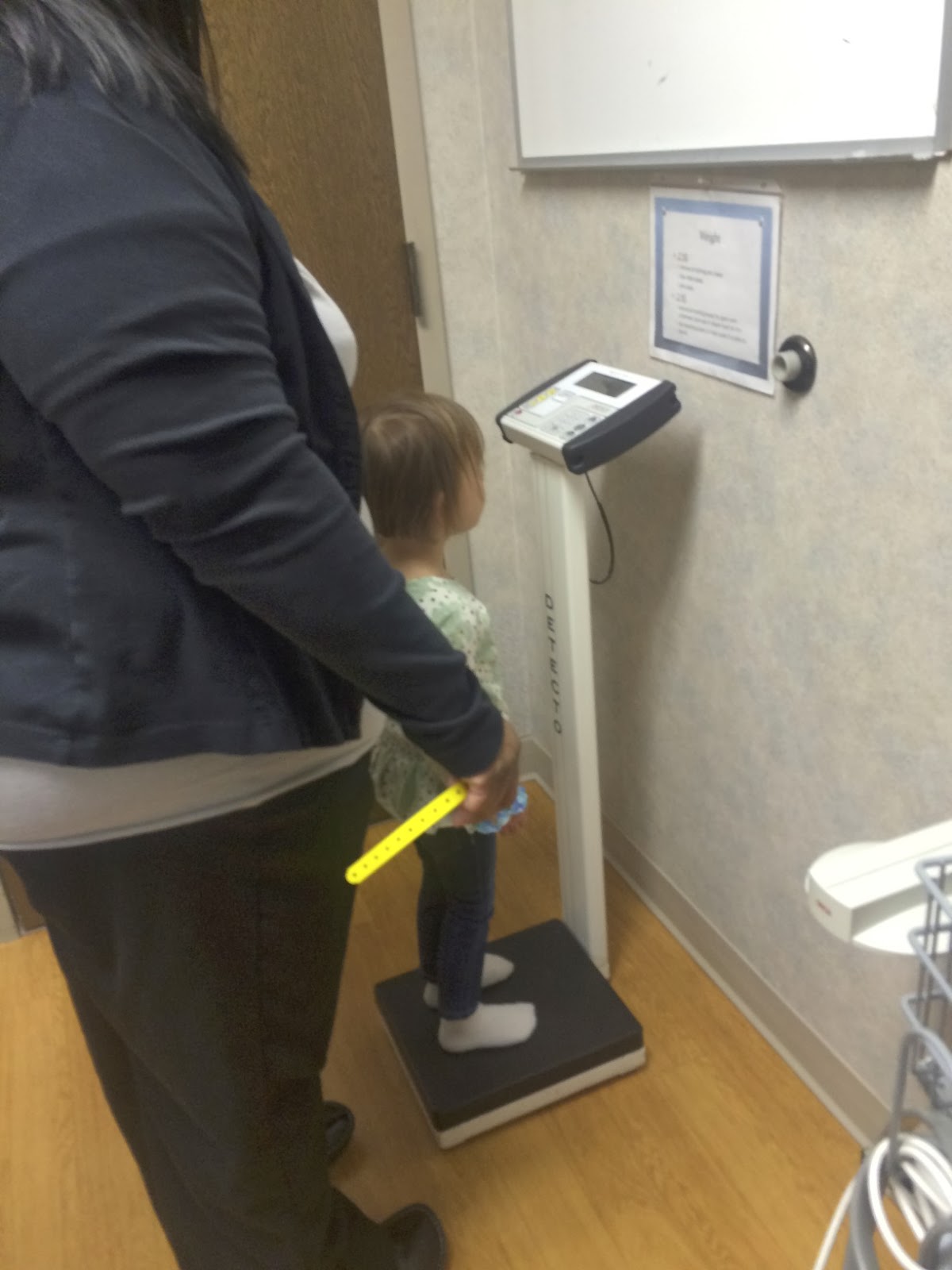 They did the normal checking height, weight, blood pressure, and pulse ox. 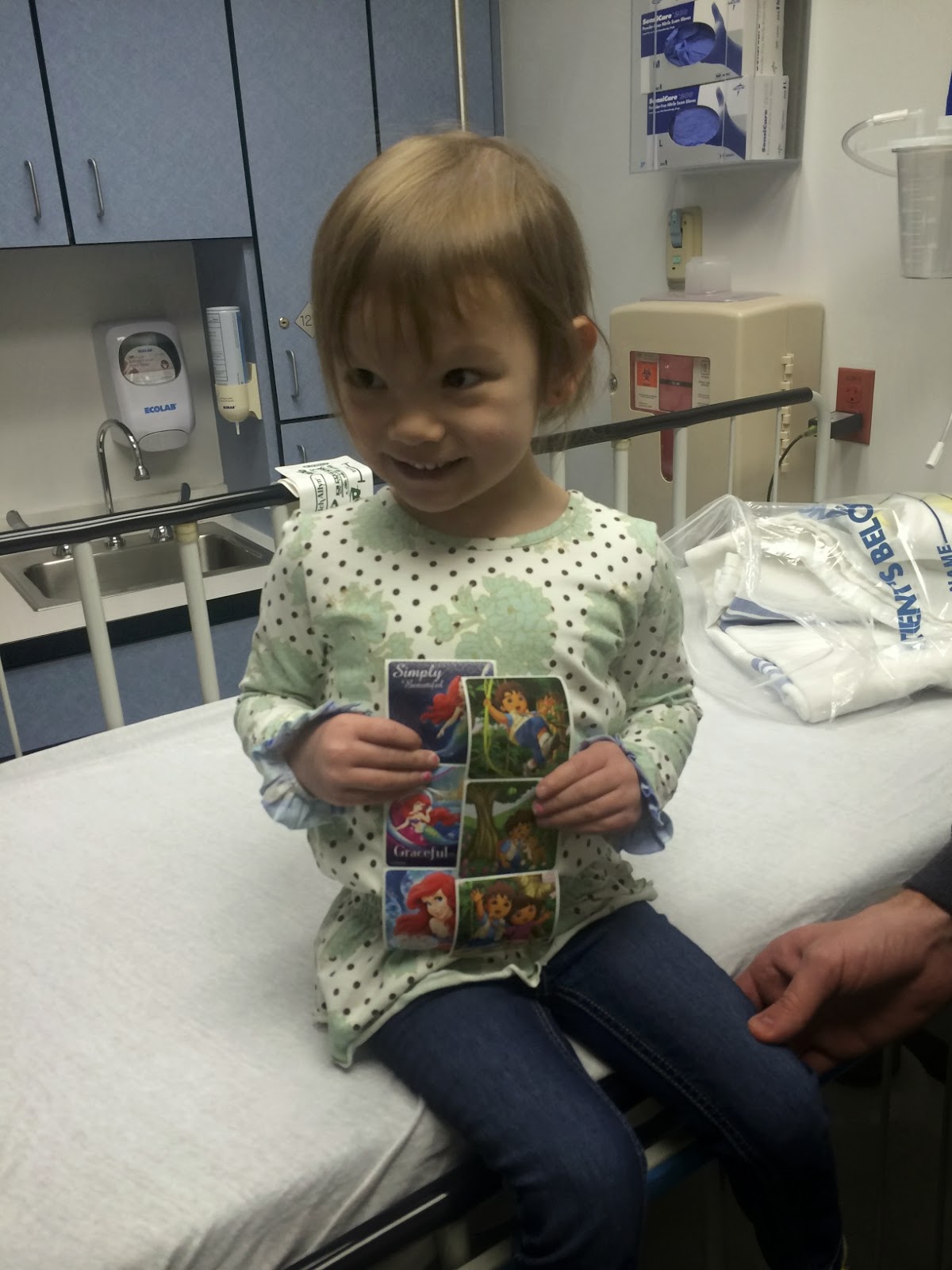 Then, Kayla got her first set of stickers and we went to her room to change clothes and wait for all the doctors to come talk to us about the procedure.  The doctors and nurses there were so nice to Kayla the entire time we were there. 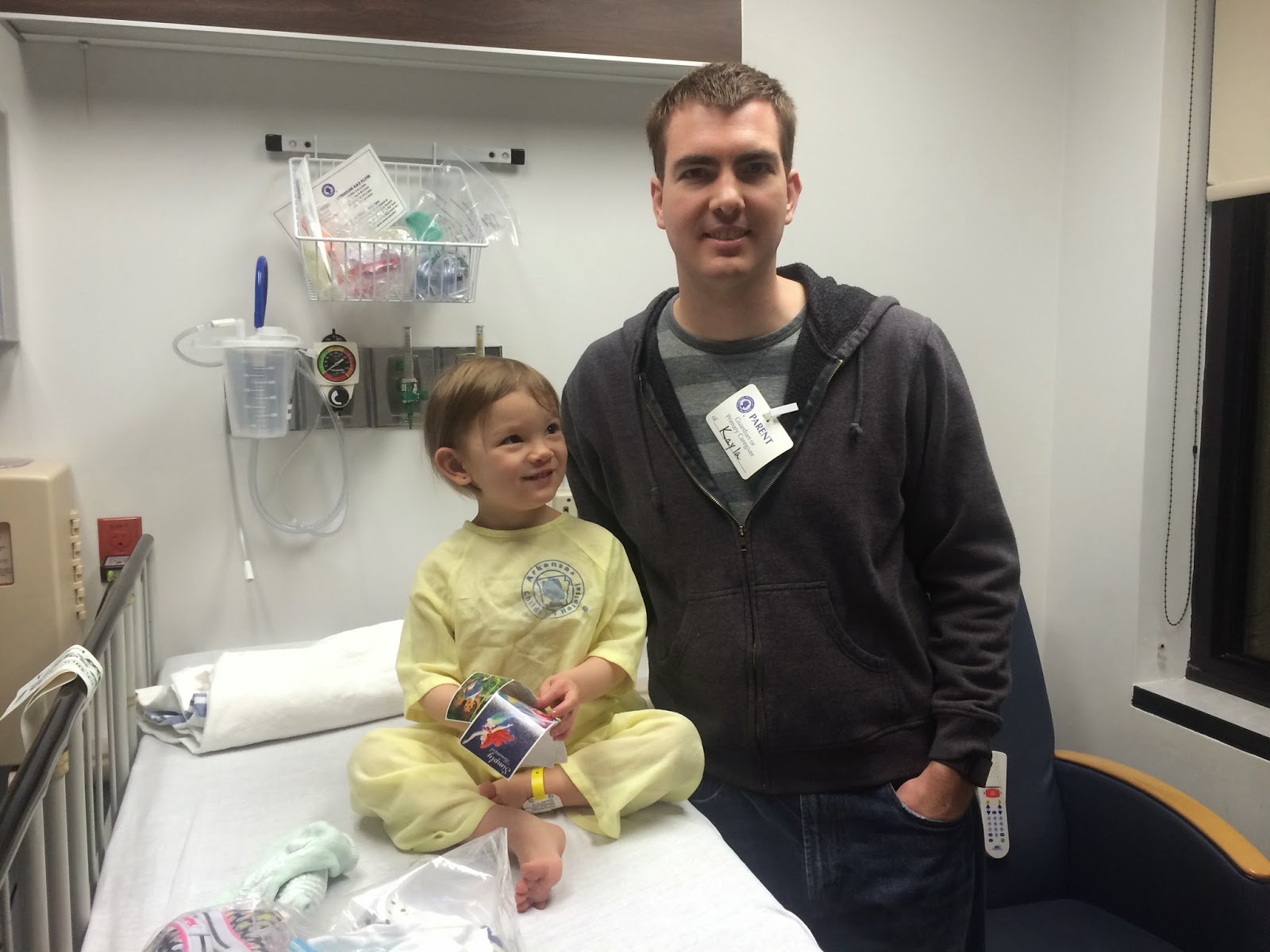 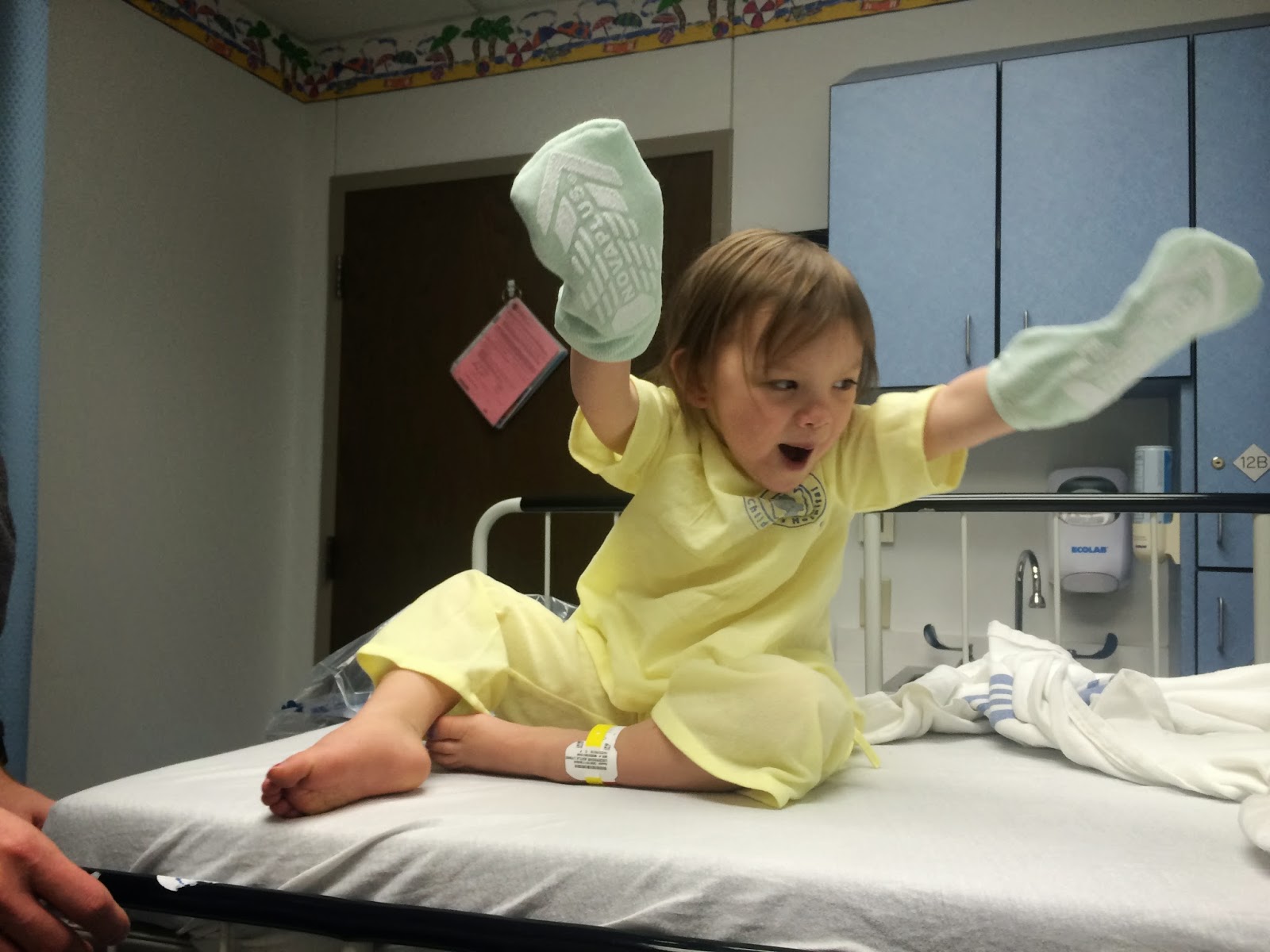 Kayla preferred wearing these on her hands instead of her feet.  :) We got to walk with her to the door and then it was off to the waiting area for us. 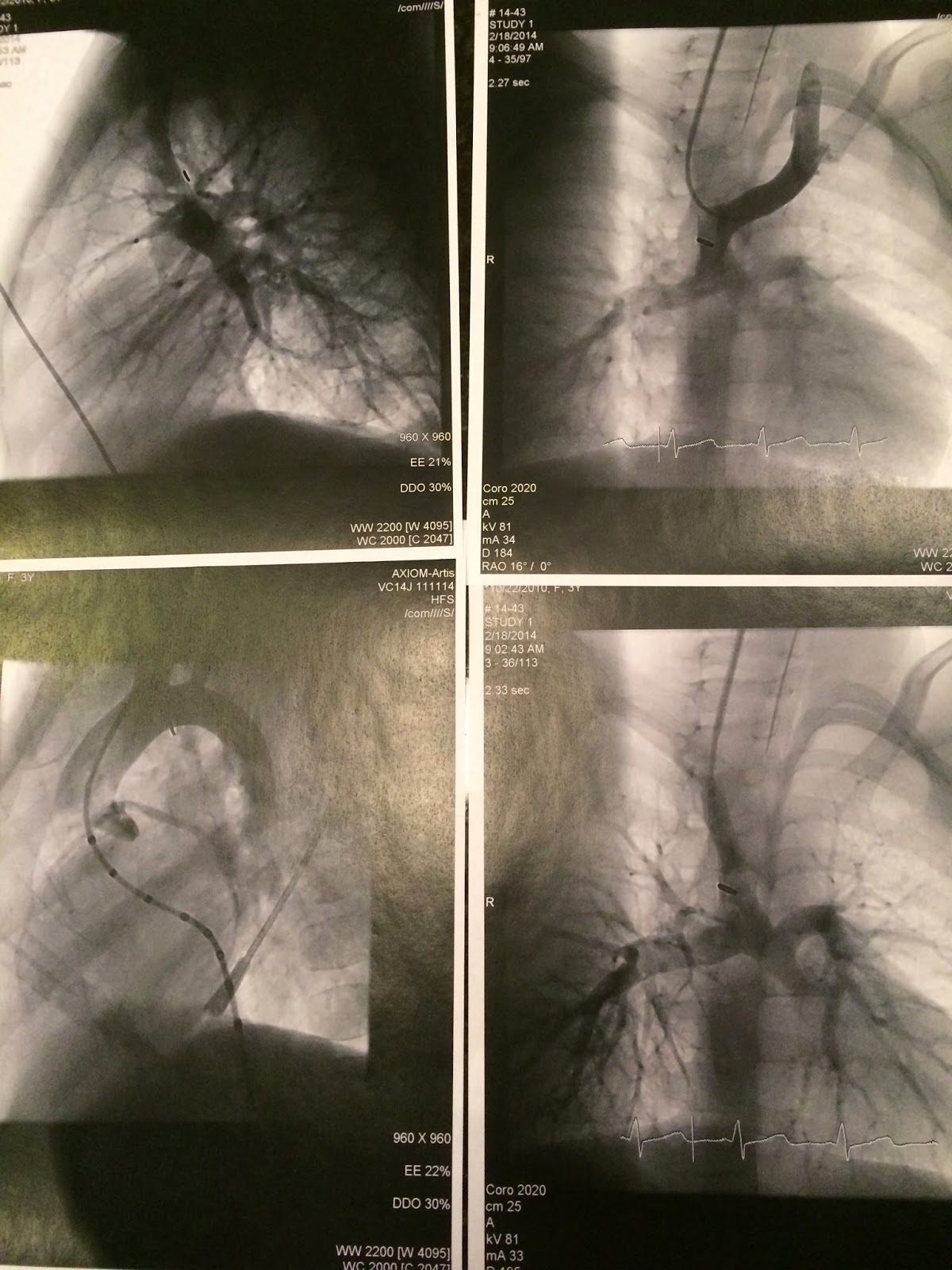 The procedure took a couple hours.  When the doctors came out, they handed us some photos that they took.  We're relieved that everything went fine, and they didn't need to do anything extra while they did the procedure.  They told us Kayla was eating her orange popsicle, and we would be able to see her soon. 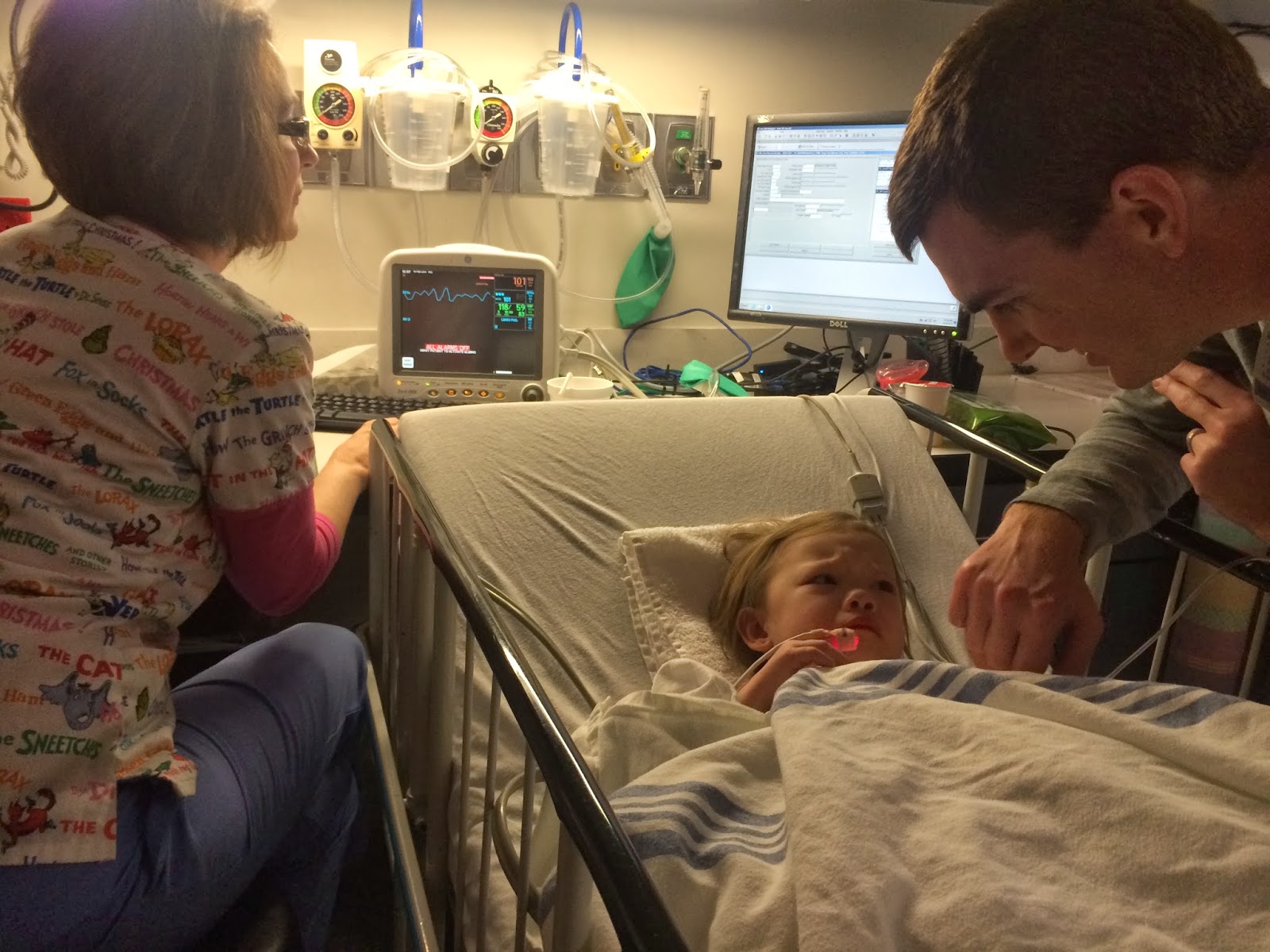 Back in the recovery, Kayla started crying as soon as she saw us.  :(  The nurse said the first thing she said when she woke up was, "I want to go home."  It didn't really help that there was a boy across from her screaming and crying from pain.  The nurse said Kayla probably would have been more like that if she had taken the anti-anxiety stuff they offered before she went in.  We declined it because Kayla rarely has any problems being around strangers and probably had no clue what was about to happen to her. 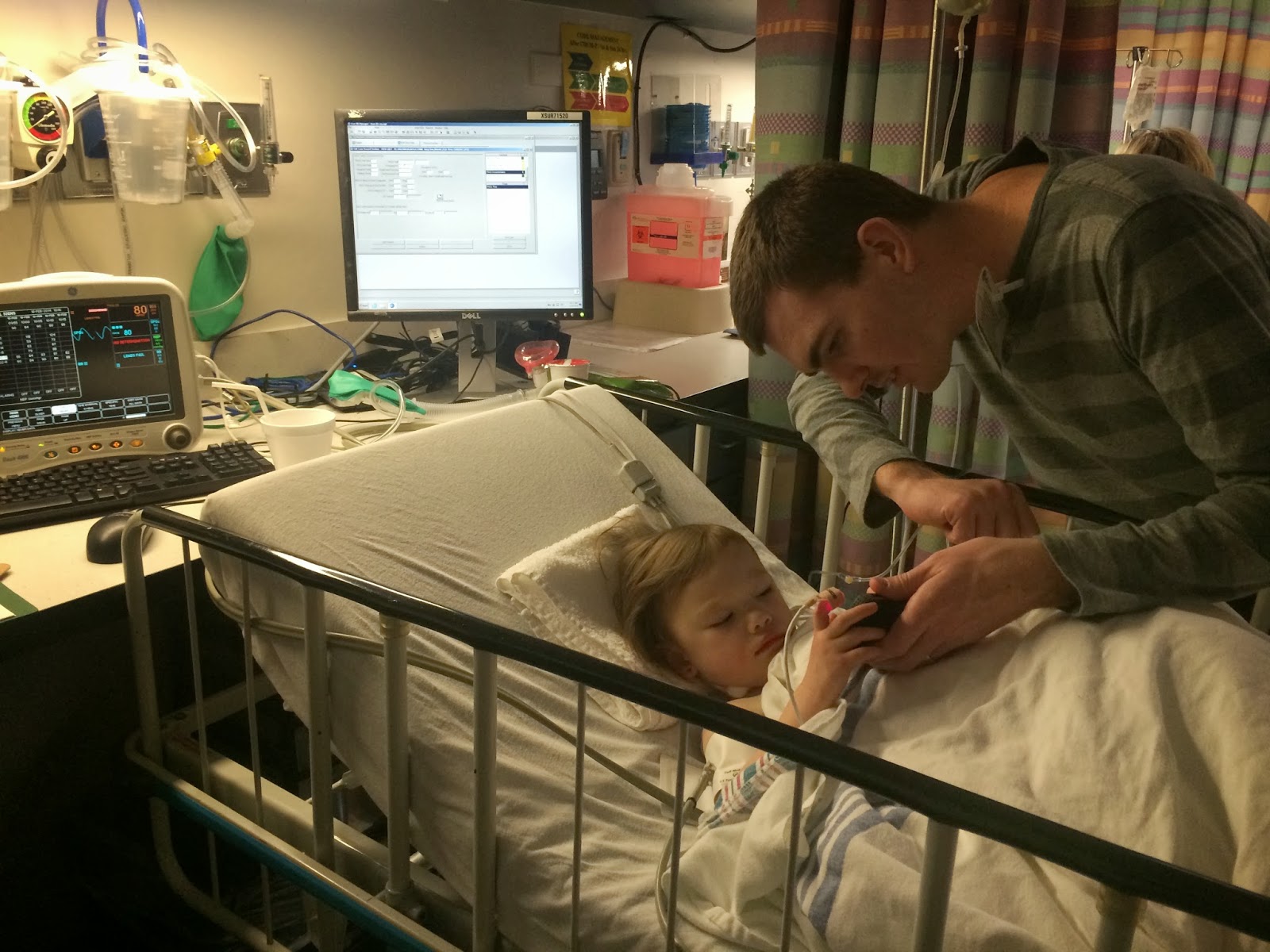 Chris let her play with his phone to distract her a bit before we went to her room.  Thankfully, we weren't there for very long. 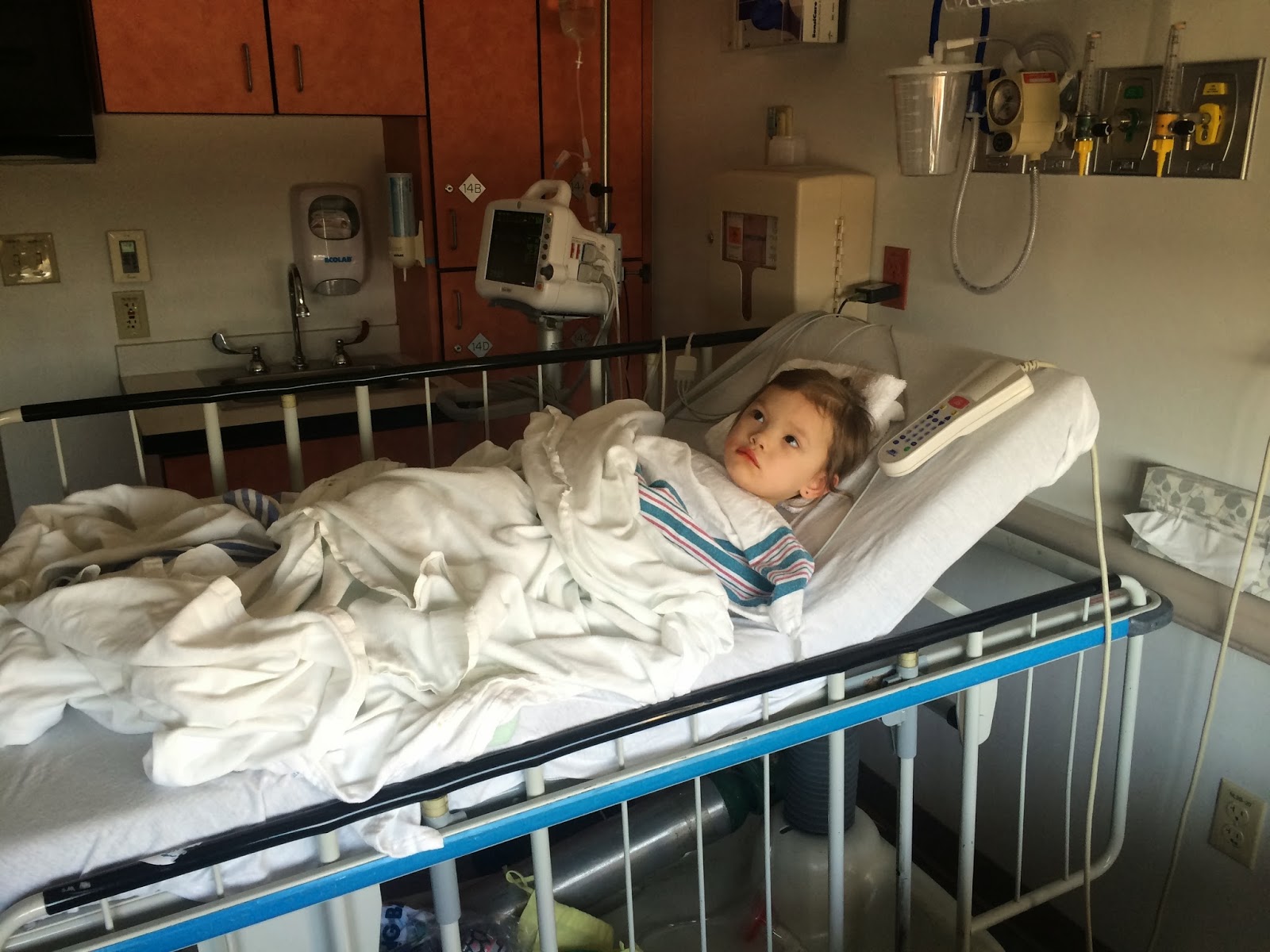 She was a lot better when we got her private room and she could watch tv.  She had to lay straight for at least an hour.  The nurse gave us some vanilla wafer cookies and sprite.  As soon as Kayla had one sip of that sprite, the orange popsicle and apple juice that she had earlier all came back up. 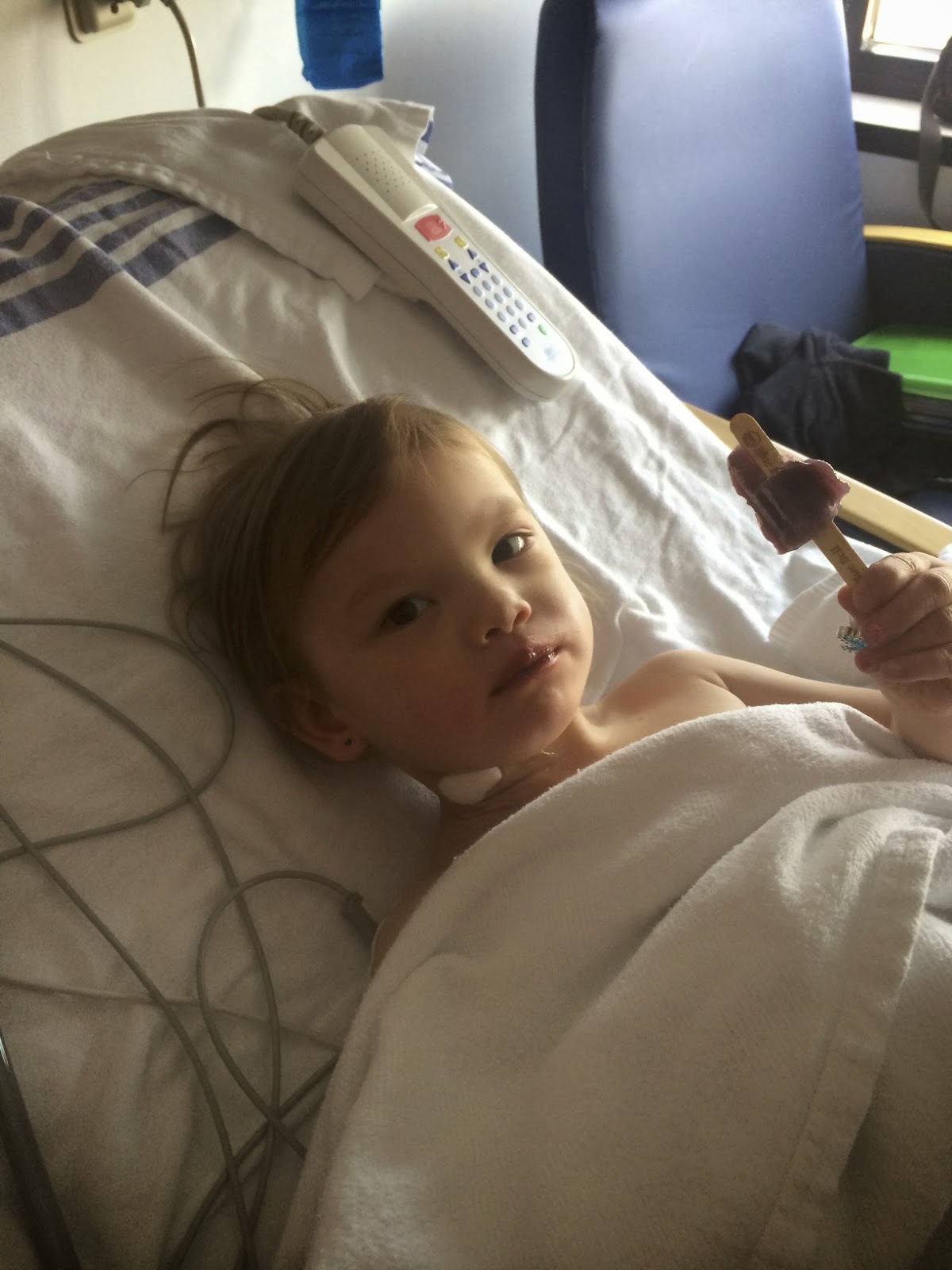 They gave her some meds to prevent her from throwing up.  She chose a purple popsicle and we waited to make sure that didn't come back up.  All was great, so they let us go home. 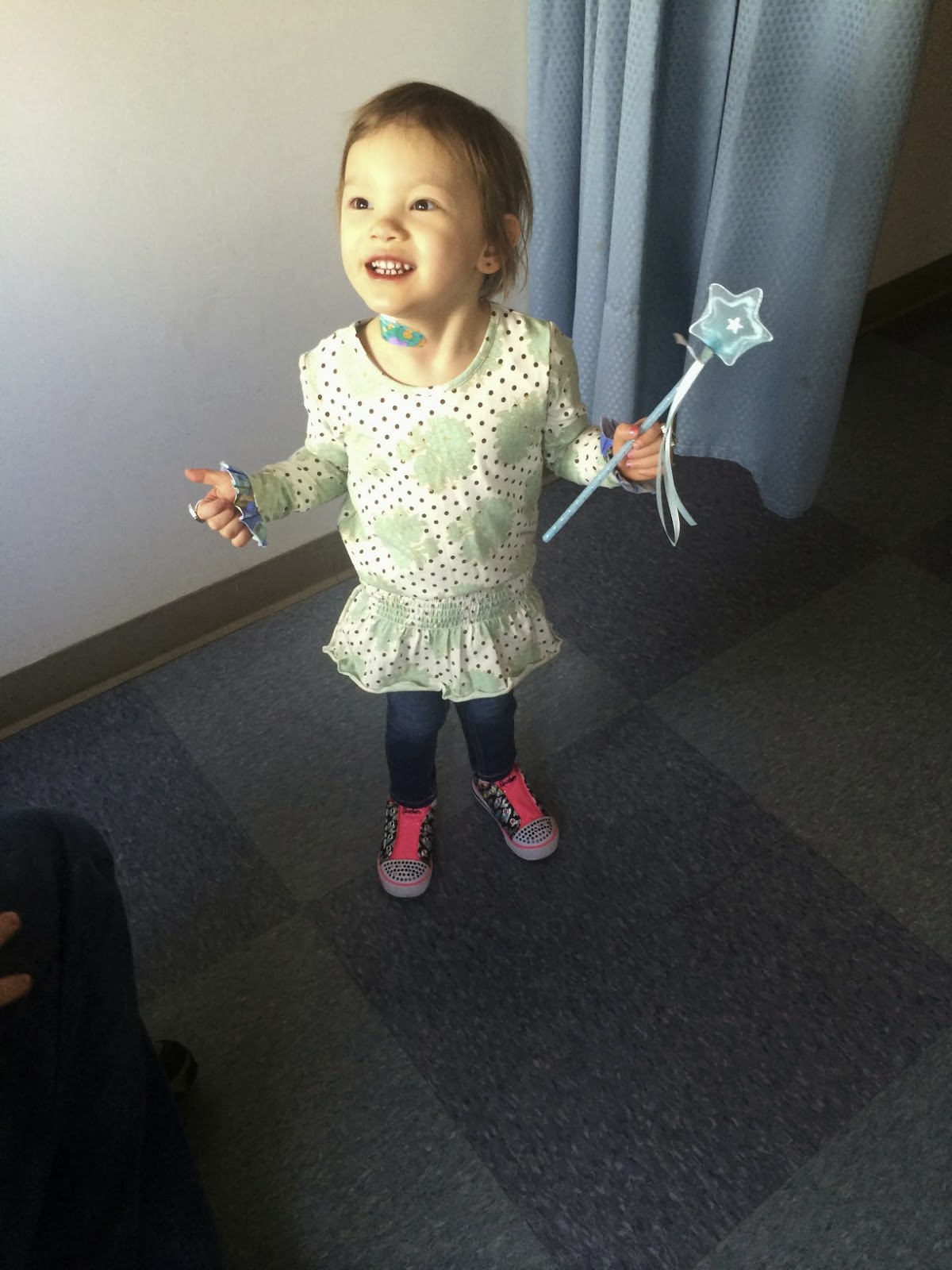 Kayla was excited to put her clothes back on. 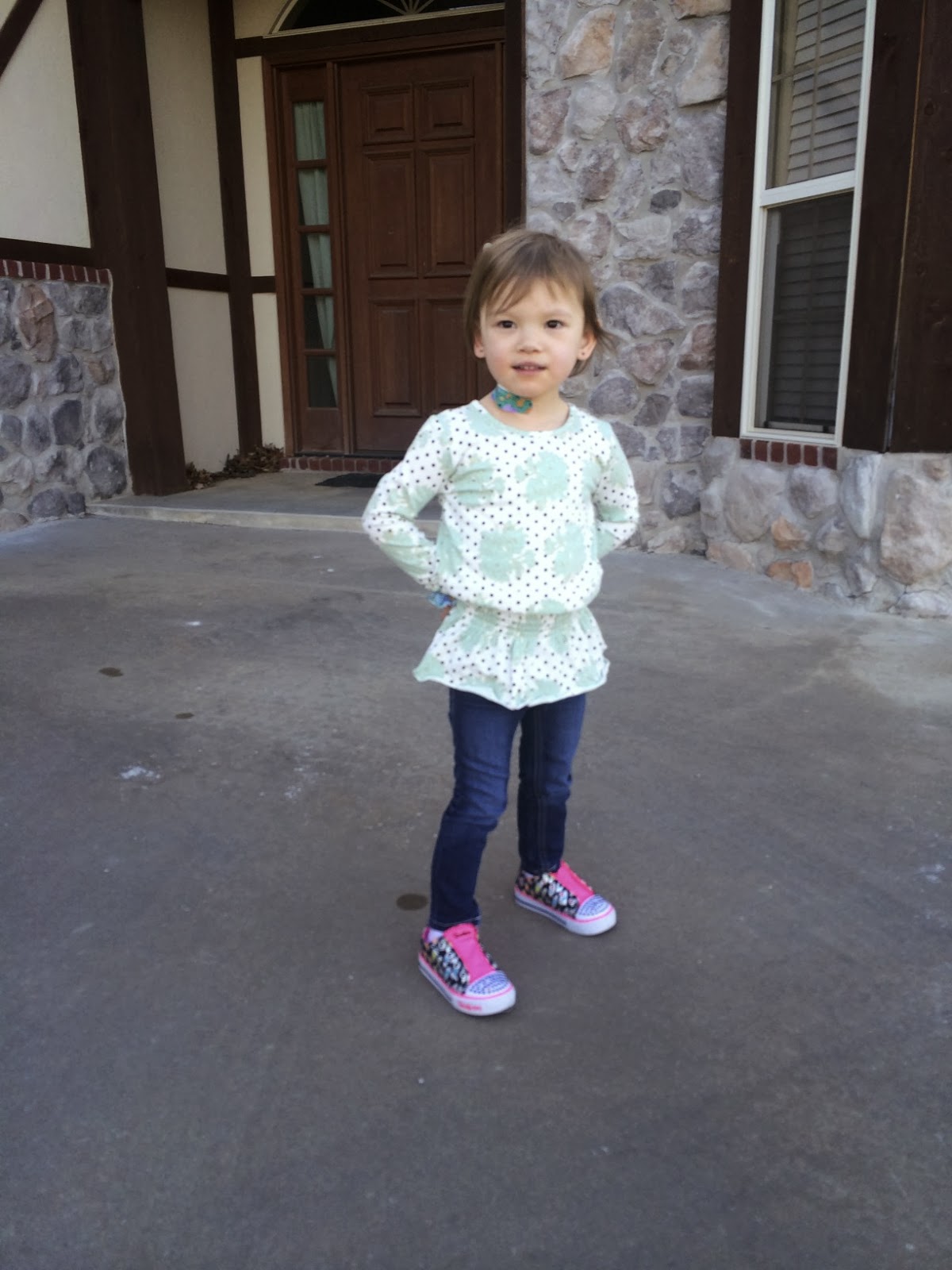 She was even happier to be back home.  After the procedure, they said she should only eat bland and soft foods and especially nothing spicy or greasy.  We stopped by IHOP on the way home for lunch, and she had a plain pancake and strawberry milkshake.  She seemed a little loopy the rest of the day.  I let her skip school the next day just to make sure she was ok, but she was fine.

She missed out on swim class today because we felt the spots where they put the tubes in weren't quite healed yet.  They said to make sure those areas didn't get soaked, so no baths or swimming.  We gave her sponge baths and started doing showers.  She loves her bandaids, but we stopped putting them on because they were irritating her skin. 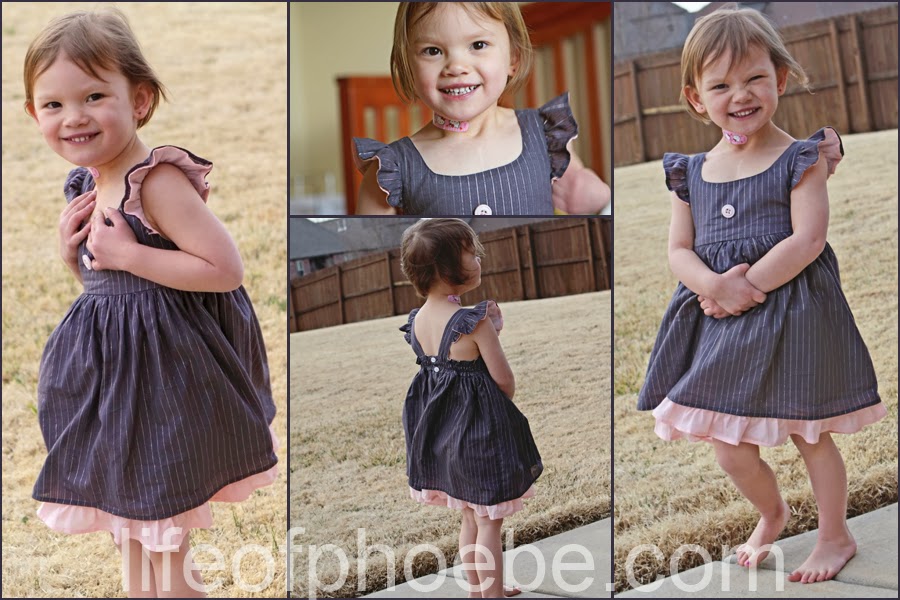