I thought I'd do a separate post on our birthday outfits.  I made the kids some matching shirts.

Stencil Vinyl with Fabric Paint on a T-Shirt.
I LOVE using the stencil vinyl instead of freezer paper to do the stencil.  No ironing and easier to transfer. 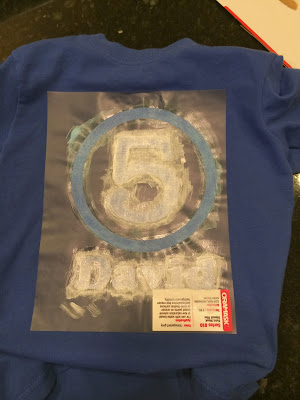 First, cut out your design using your Silhouette machine.  This was an easy design to make because it was just 2 circles and choosing the font.  I chose a font that had a 3 that looked the most similar to the 3s on Kayla's skirt.
Next, if you're using the vinyl, you need to use transfer tape.  I use contact paper to transfer my design to the shirt.  Paint the colors.  I made this glow in the dark.  After painting my colors, let paint dry and then use glow in the dark paint over it.  David loves it.  Although, he was a little bummed that the blue didn't glow blue. 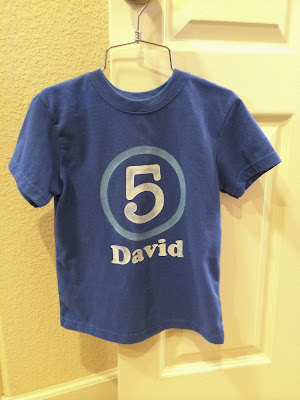 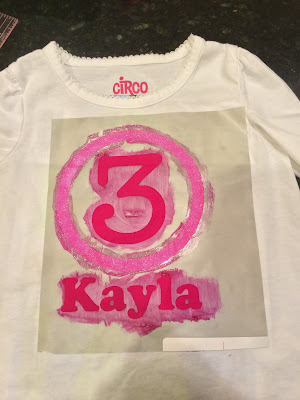 I did the same with Kayla's shirt.  Although, I should have moved the design over to center it on the vinyl for easier painting.  I think the glow in the dark works better if you're painting light colors like white.  Only the circle glows in the dark.
I went to Hobby Lobby and bought the colored glow in the dark paint, but didn't use it on Kayla's shirt because I didn't want David to be jealous that her's was different colors so maybe next time.  I try to avoid any unnecessary drama when possible.  :) 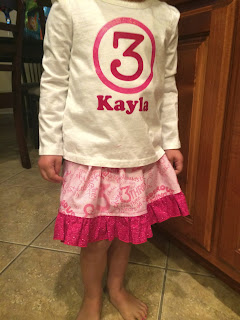 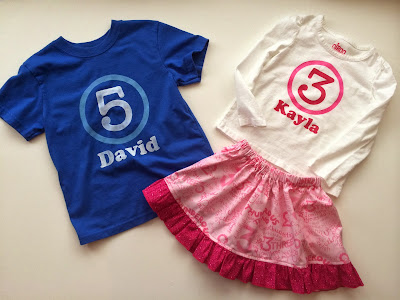 I made a skirt to go with Kayla's outfit..  I don't think anybody noticed that the fabric was specifically for a 3 year old, but it was very cute.  :) 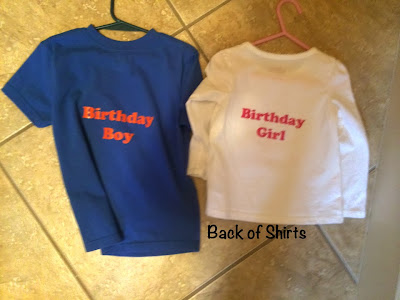 I cut out Birthday Boy and Birthday Girl using adhesive vinyl.   This was only for their party.  You'd never know it wasn't permanent just by looking at it.  However, I removed it later so the shirt is still wearable after their birthday.  :)