The kids' birthdays happen to fall on the same week, so it was birthday celebration week!  This is the first year that I have thrown David and Kayla a party with people other than family. 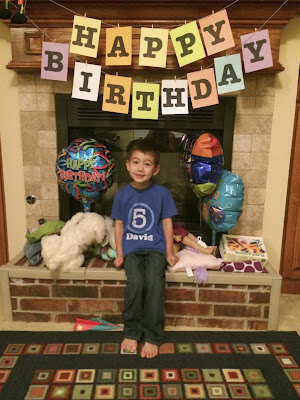 This is David on birthday morning.  He was so excited to be 5!  I don't think I've ever seen him so excited.  He was excited the ENTIRE day.  I had asked David what he wanted for breakfast the night before for his birthday and his response was two boiled eggs... ok! :) 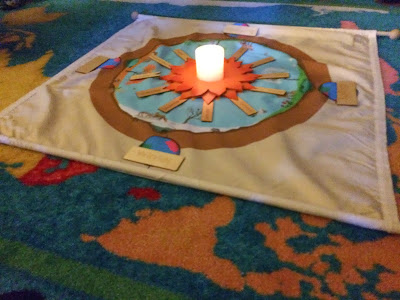 We went to the birthday celebration at his school.  The montessori ceremony consists of the children sitting together in an ellipse with a candle in the center to represent the sun.  The birthday child holds a small globe and walks around the ellipse while the class sings "The Earth Goes Around the Sun."  At the end of each revolution representing a year, they show a picture of the birthday child and share a bit of info of what his/her life was like at that point. 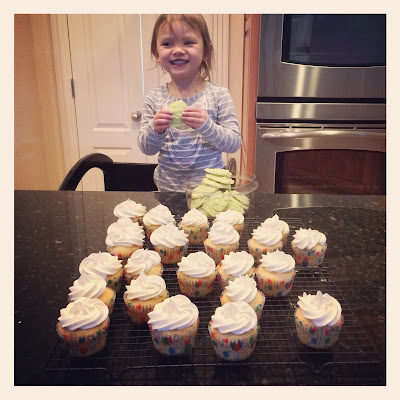 While the kids were in school, I baked cupcakes and cookies.  I actually made the icing from scratch!  The cookies are lime because David likes sour stuff like lemons and limes.  David doesn't like cake, but I made the cupcakes for the family cause what's a birthday party without cake? :) 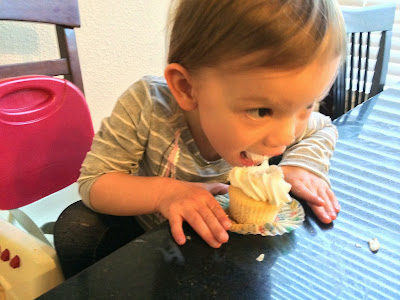 Kayla was my tester.  She approved. 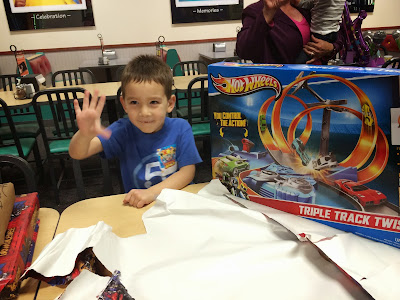 After school, David had his swim class and then we went to Chuck E Cheese for his party with family. 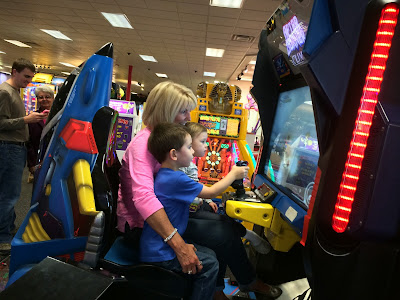 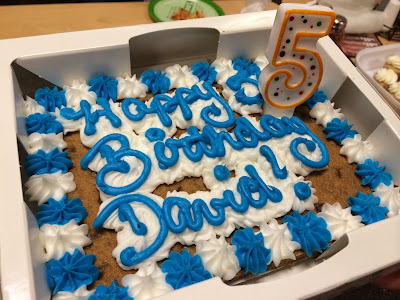 David requested a cookie from the mall, so we ordered this one together. 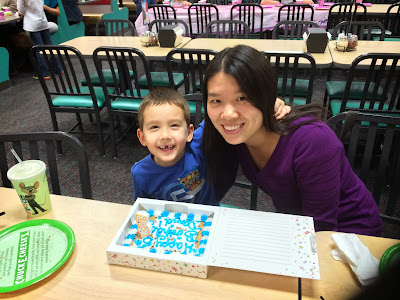 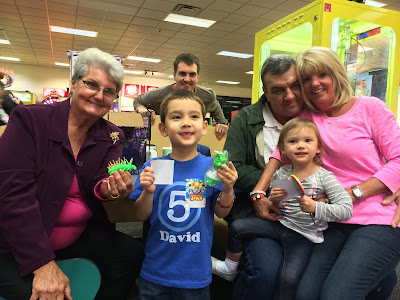 Fun was had by all!

On Saturday, we had the birthday party for both kids.  Hopefully, you can't tell who any of the kids are except for mine.  I'm trying to make sure I don't post stuff of other kids without their permission.  We had the party at JumpZone.  It's a local bouncy house type place.  I think it's a great place for a party and they definitely try to make everything as easy as possible for the parents. 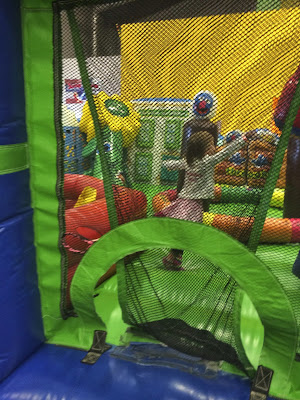 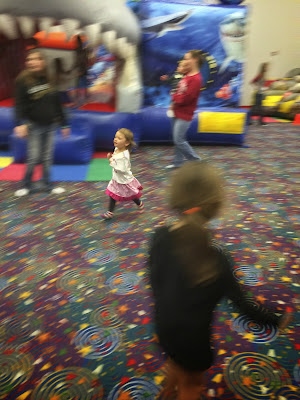 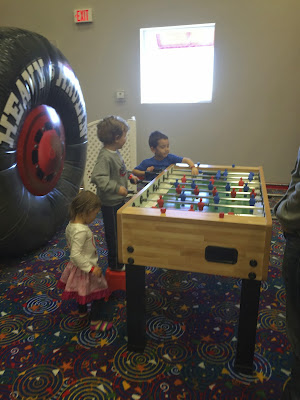 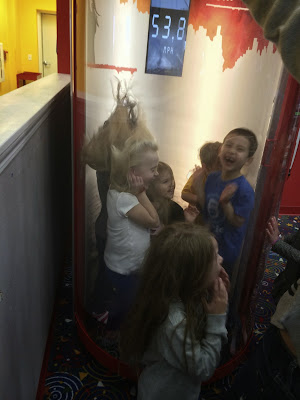 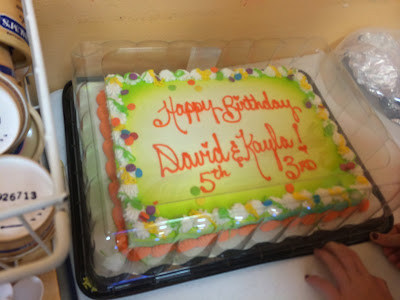 We got this cake at Walmart.  I thought I was going to make cupcakes in the morning, but changed my mind and got a last minute cake.  I didn't even know what flavor it was until the party host cut into the cake and then asked me if it was half and half.  Haha.  It turned out to be all chocolate.  I think it's easier that way.  Then, you don't have to spend time asking everybody what flavor they want. 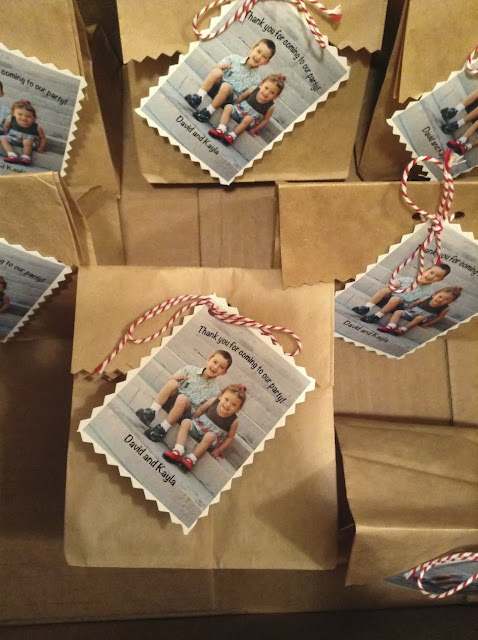 All the kids who came got a little goodie bag that David and Kayla helped me put together.  David helped me distribute all the stuff to the bags and was able to string the twine through the holes. 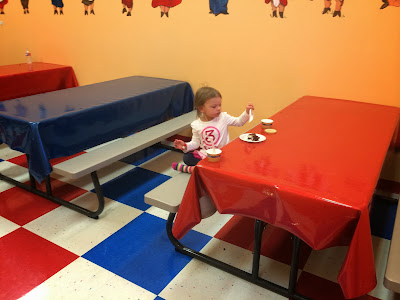 After all the party goers left, Kayla was still at the table eating her cake and ice cream.  :) 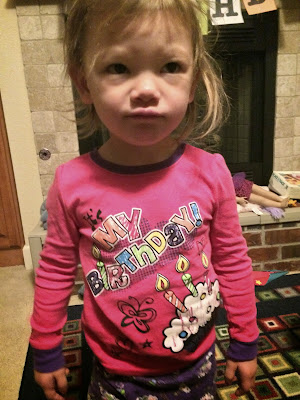 This is Kayla on birthday morning.  I took a pic of her right when she woke up. 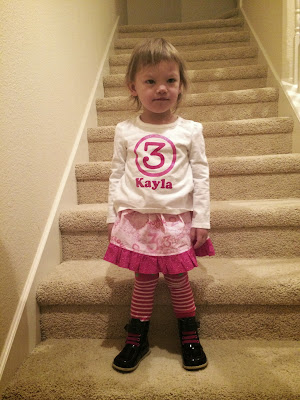 Kayla's birthday outfit for the day.  I made her shirt and skirt. 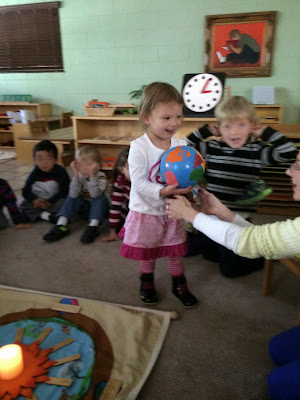 Chris and I went to the birthday ceremony in her class. 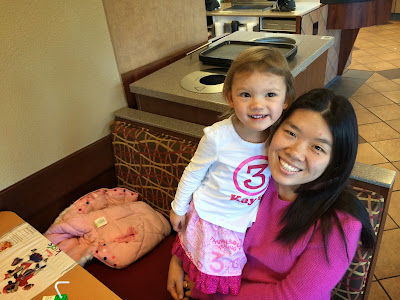 Afterwards, we went to Chick Fil A for lunch. 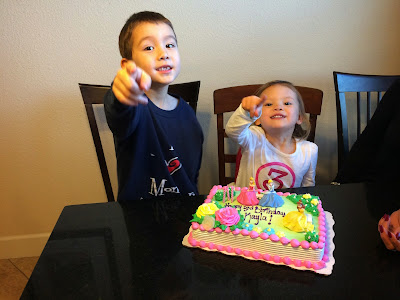 We partied at home for dinner.  I ordered Kayla a princess cake from Walmart. 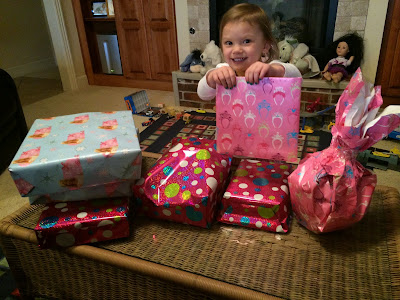