First update for my new blog..just so you know I'm serious.  Update your bookmarks and list of blogs that you follow.  My new web address is http://www.lifeofphoebe.com 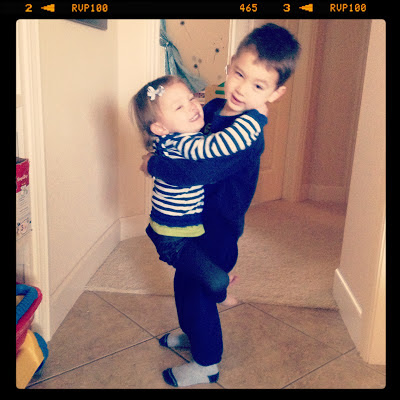 These kids are fun. 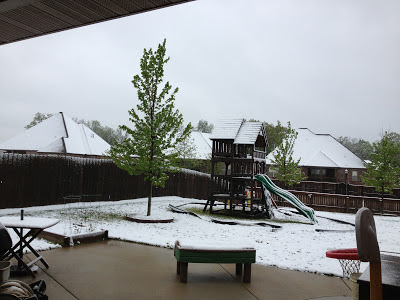 We had snow in May.. Seriously..when the leaves have grown on the trees, we should not get any snow!  However, I think that was the last of the cold weather, so I cleaned out the kids closets this weekend and put all the winter away and brought out the summer.  Yay! 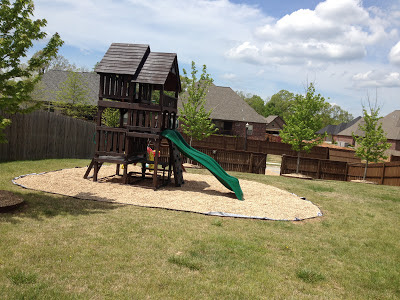 A few days after it snowed, we got a bunch of pea gravel and put it around the playground.  It's fuller than this...This picture is of all the rock that I put there myself.  It took me about 4 hours to haul it from the bottom of the hill (you can see the gate in the middle open).  That little hill is not fun for any type of yard work.. If we ever get another house, I want a flat yard.  :) 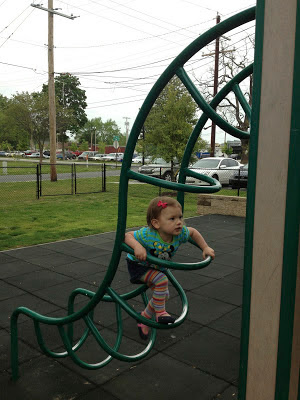 Kayla has become quite the little climber.  I was impressed that she can climb up this all by herself now at the park. 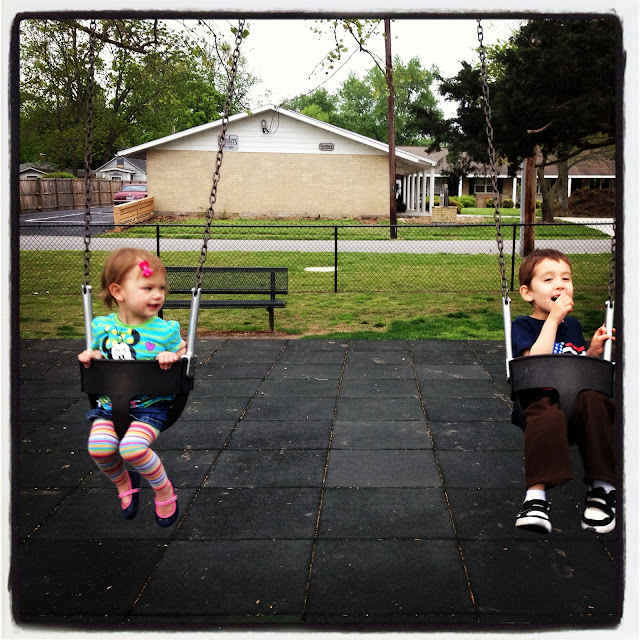 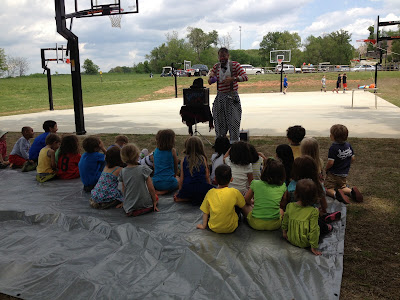 We went to a couple birthday parties.  This one had a clown.  This is the first clown that I've seen at a birthday party. 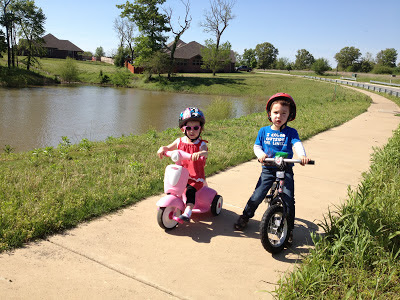 After David gets out of school, we play outside a lot.  Kayla is getting really good at her tricycle and can probably ride it a little over half a mile.  I think that's pretty awesome as some kids her age don't even know how to use a tricycle.  I also like seeing her do things without getting too tired.  Some days she gets tired just running across the room.  I usually have to push her a little up hills and towards the end I have to pick her and her tricycle up and walk home.  David loves his balance bike and wants to ride it almost everyday after school.  I love when my kids are interested in stuff :) 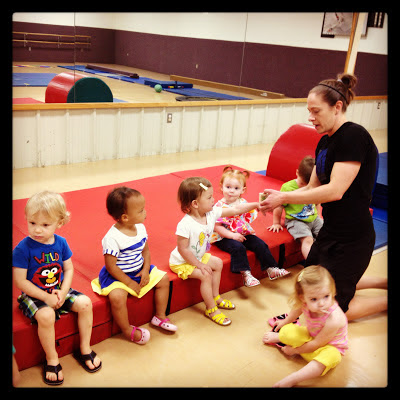 One day a week we do Moms and Tots class the gym.  This is Kayla getting her stamp at the end. 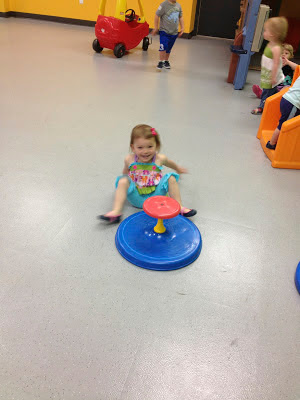 Most days after I take David to school, we go to the gym and Kayla gets to play in the activity center. 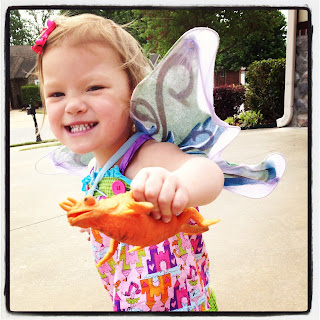 One day I saw this lizard outside our house.  It freaked me out a bit the first time I saw it as I walked out the door because I thought it was real.  However, it was a toy.  Kayla thought it was cool.  When she picked it up, she said "It's not even biting me!!" 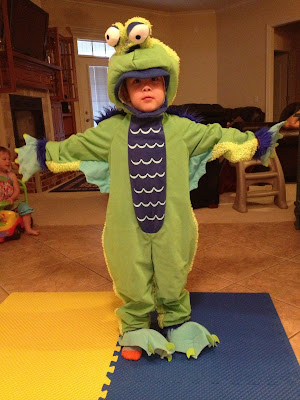 David's school had a play for the older kids.  It was the Little Mermaid and the younger kids were asked to dress as a sea creature and they had two songs to sing.  This is random costume that I found a the associate store for $3.  Looks like a sea creature to me :) 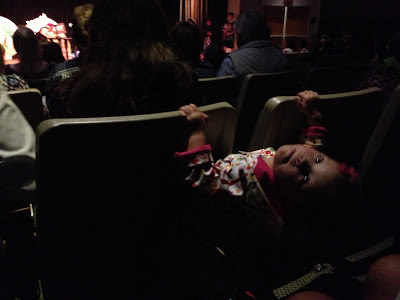 This is what Kayla thought of the play. 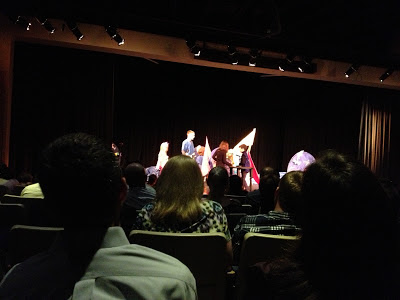 Chris missed out on this incredibly long play of kids that we don't know.  We were totally bored and disappointed that David didn't ever get on stage!  They just sang at the bottom where we couldn't see, and I think I missed it because I had to take Kayla potty.  Haha.  Oh well. :)
Posted by Phoebe at 8:51 PM