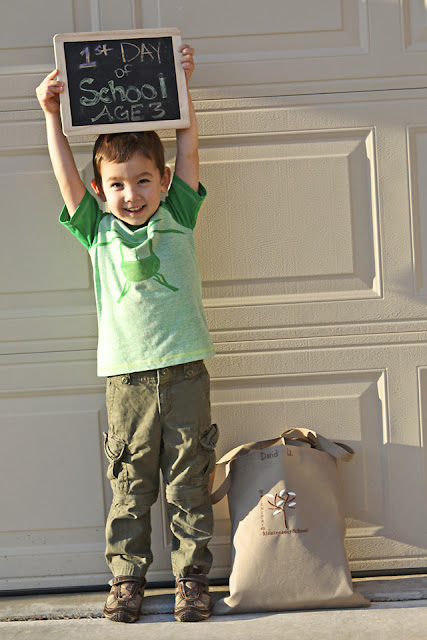 David's started a new school.  Does he look excited on his first day?  He was most excited about getting to play with new toys.  That bag next to him looks big, but it's actually quite small.  Everyone gets one and it has a folder, spare set of clothes/shoes, and a blanket for nap time.  I'm sure when the weather gets colder it will be overflowing.

The school has staggered start times for all new students.  This allows the teacher to have a little extra one on one time to spend with the new student.  David didn't get to start until almost 2 weeks after the first day of school.  So we took a small vacation to Kansas City for several days.  I had planned to blog about that, but I never found the time....David thinks I'm going to make a photo book for it like I did our last vacation.

Anyways..
We went to a school picnic over the weekend.  They had a ribbon cutting ceremony for the new outdoor natural playground that they built.  Chris and I think the playground is quite amazing.  I think David would spend all day outside playing in the sand if he could. 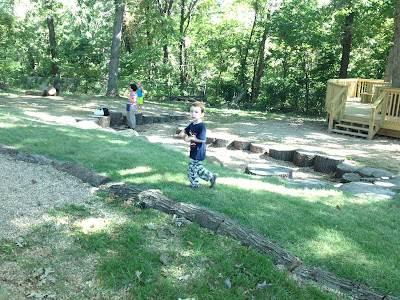 David loved showing us around. 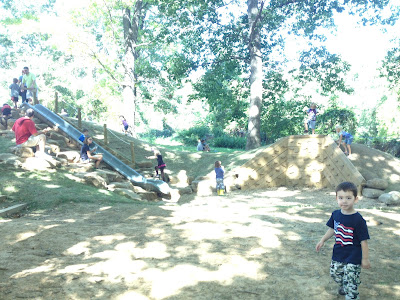 There's a side for the bigger kids.  David loved the slide. 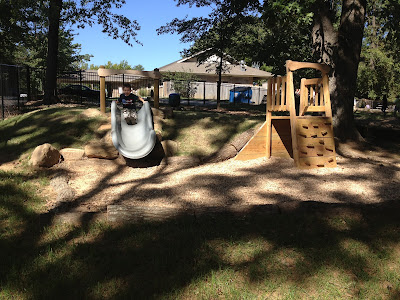 And a side for the smaller kids.  The toddler playground has some musical things that the kids can use too. 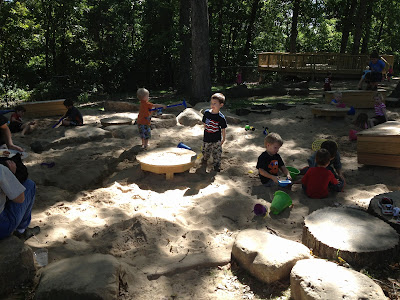 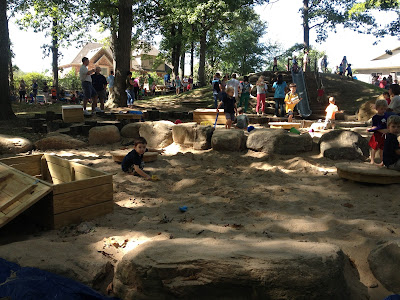 One of the cool things about the school is they encourage kids to play outside a lot.  They have an outdoor classroom and kids can even play when it's raining.  I know David did...because the second day of school was rainy and he fell in a puddle and his rain jacket, pants, and socks came back in a bag all soaked in mud.

Drop off and pick up makes me nervous because I have to do it at a scheduled time.  They get David out of the car at 8 and put him back in at 3.  I don't want to know what happens if I'm late.  It's kind of nice because at his old school, David would cling to me for several minutes every morning before I could go.  However,  I kind of miss being able to pick him up from his class and seeing him interact with the other kids and getting to match a name to a face.  They say the first couple weeks is normalization period.  Afterwards, there is a special room with a one way mirror that we can go and observe the class to see what they are up to without the kids knowing we're watching.  I'm hoping David will love this new school.
Posted by Phoebe at 8:45 PM No comments: